Last weekend, CCBC men headed to London for a day of racing at HoRR, M1 ending up with fewer people in the boat mid race than they had started with…

Coming from a bumps campaign that was well… let’s just say we all have nice pink spoons in our rooms, we knew we had a lot to prove and a lot of work to do to be able to take on HoRR. So straight into training we went, alongside a few shuffles in the crew order with Harry and Jimmy from M3 joining our crew. With the fire in our bellies to prove what we could do; progress came fast, and race weekend came faster. In light of our newfound keenness for the sport M2 arrived the afternoon before to take a pre-paddle on the Tideway, taking in the experience (and the fact that a river can actually be wide…) and getting our excitement out of the way for quite how low the splits could go. An evening of pizza and games in a hotel and the crew was closer than ever and ready to face race day (and very happy to not have to get up at 4am to make it to the race on time from Cambridge – we’re rowers but we’re not completely insane…).

Preparing to get into the water was made even more eventful as we watched dog after dog challenge Oxford Brookes A, B and C to spars in the water as they rowed down (and also giving the Torpedo’s Instagram, probably, the best content it’s ever had). With this we knew we had our inspiration for the race. Marshalling as ever remained long, but by making friends in FaT M1, our own ability to have a good time and a fair amount of sunbathing in the almost perfect weather the race was soon upon us.

Little did we know at this point the adage: ‘one is none, two is one’ would be applying to Churchill crews. Our race started strong, trying to build up a gap to the crews behind. Starting up to a rate 32 for the first 500m before settling down with time to 30, moving straight into a power 10. The expected pressure from the crews behind amounted to little and we settled nicely into our rhythm, something we’d been unable to achieve during bumps. This shows the importance of actually being able to race in the crew you trained in – who’d have guessed?  Turning through the first corner we were hit by some gusts but Vincent’s careful focus calls keeping us long and sitting up we kept our call and the rhythm. Everything just kept chunking along until the end of the eyot, great from a rowing view however a bit dull to write about I’m afraid. However soon we began to hear another coxes voice alongside Vincent’s  blend of technique and power focuses. The crews behind were nowhere near close enough so this could only mean one thing – an overtake. We pressed through along the (incredibly long…) corner round to Hammersmith gaining our ground against them. The return of the wind may have challenged our resolve to push for the overtake, but the final outcome for Fulham remained unchanged, feeling our wash just as we went past Hammersmith Bridge (do it for the crowds I guess). At this point invigorated by the crowds and knowing we were around two-thirds of the way in and while everything was hurting our new found efficiency was paying dividends as we responded to power 10s against the wind. Counting down the distance to Barn Elms a set of fans cheered us on (who we have no idea – if it was you thank you!). Knowing the end was coming we ignored the pain and let the rate creep back up, we now had two Fulham crews behind us side by side trying to make moves against us. Something we were not going to let happen. The final 500m of this Head Race had become a regatta – and after bumps none of us wanted to let a crew push into us. Holding our own Vincent called as our splits as they continued to drop. The crew just waiting for that finish line to come. And then it was over, we’d held them off and to say we were happy is an understatement.

Every part of this weekend has been a pleasure to spend with M2 and the results are just the icing on the cake: 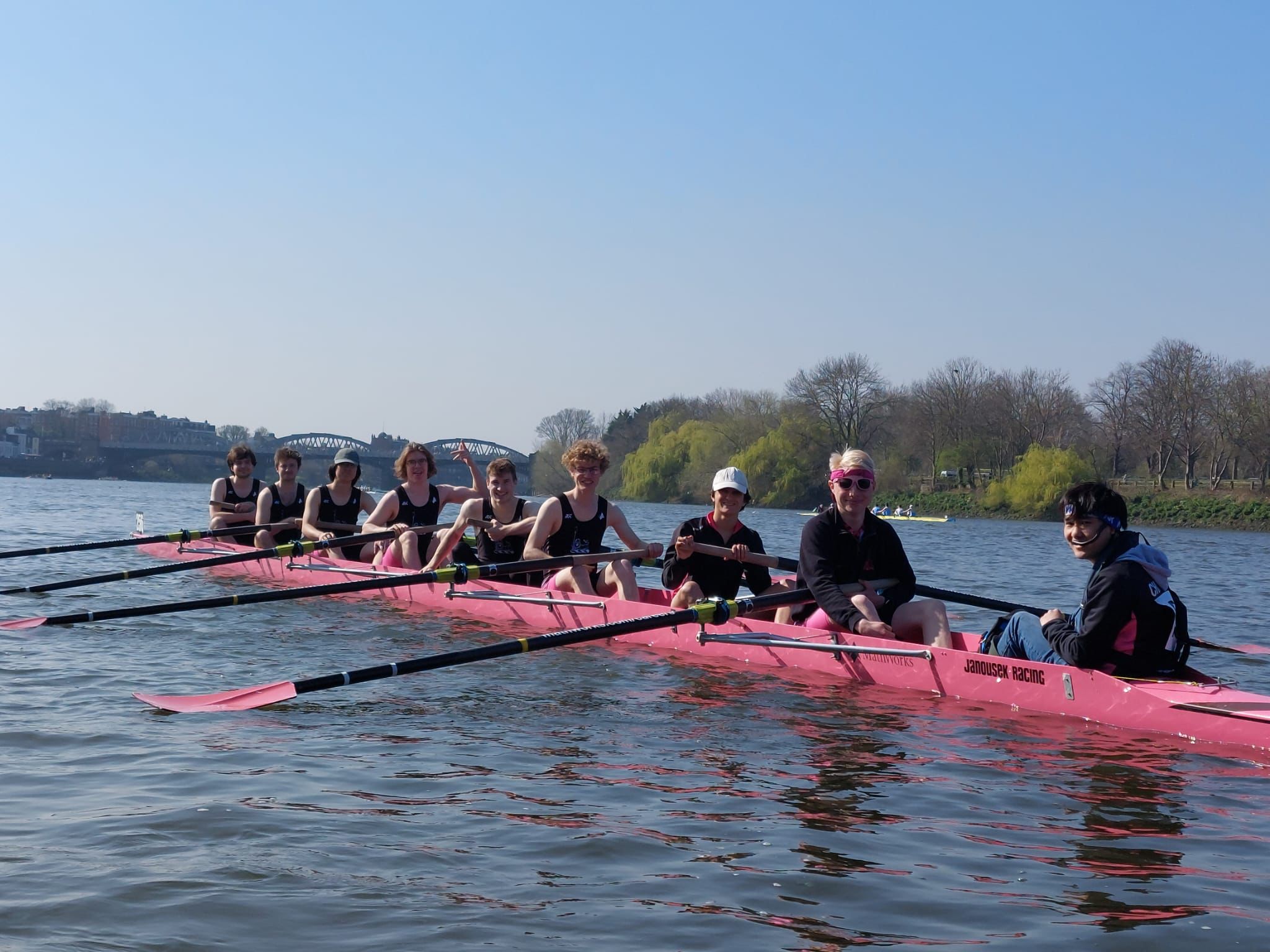 There is only one key point to note really of M1’s time on the tideway (especially given they weren’t given a time). As many of you may have seen (although we do attatch pictures below) before Hammersmith Bridge Thomas (6 Seat) managed to catch an ejector crab leading to a brief paddle while the remaining members of the crew tried to finish the race in fours. Credit goes to Zoe, the cox, and Thomas for handling the situation perfectly on a new river for them both meaning we can delightfully report that Thomas is perfectly okay and the boat sustained no damage. Luckily M2 also took to the tideway to be the first crew since 2019 to complete HoRR as a full 8.