W1
Result: Bump!
Chasing Lady Margaret W1, chased by Girton W1
W1 had a strong bump today, holding LMBC at 1/2 length from 1st post around the corners, an almost bump on Ditton, resulted in interesting evasive action from the LMBC cox. We continued to move past them, but got bored when coxes were level and went in for the kill – bumping halfway down the reach. Watch out Peterhouse – vengeance is coming!

M1
Result: Bump!
Chasing Selwyn M1, chased by Caius M2
Bit of a nervous start to the race, divisions were running behind and the 4 minute cannon went before we’d even span to get to station, the crew dealt with it admirably though getting focused in despite being lined up very late. We knew with Selwyn ahead of us and a demoted Magdalene ahead of them there was the possibility of a sandwich – at slow start by Magdalene meant that we were forced to respond and put a push in barely out of our start sequence, with Selwyn half a length behind Magdalene we gained our second whistle at from then on rowed through them, moving from 2 whistles to overlap and a bump on grassy corner. Some of the best rowing we’ve done all term with a huge amount of attack with cool heads leading to a very satisfying bump, the possibility of sandwich boat calls tomorrow.

M2
Result: Bump!
Chasing Peterhouse M2, chased by Clare Hall M1
A quick bump from M2, as expected. Peterhouse M2 collapsed under our pressure, and caught a crab as we were at half a length, just after the first post corner. We crashed into them quite dramatically, making the boat turn perpendicular to the flow of the river, and resulting in the whole division behind us having to re-row. Looking forward to bumping Hughes Hall M1 tomorrow. 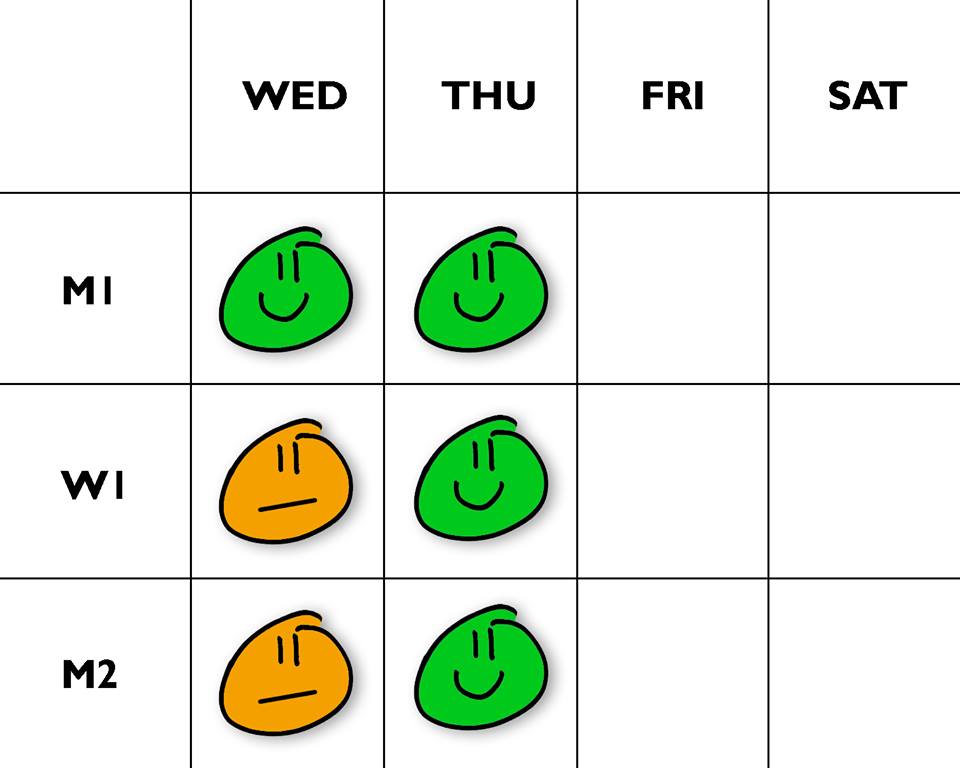